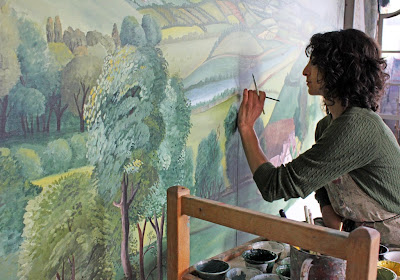 To celebrate the Coronation Festival in July I was invited to create a mural for the Summer House within the gardens of Buckingham Palace.

I was one of five artisans from the Queen Elizabeth Scholarship Trust (QEST) selected to transform the octagonal Summer House.


On the Festival's Royal Preview Day I presented my canvas murals to H.M. The Queen and TRH The Prince of Wales and The Duchess of Cornwall.


Here's how it all happened:


The Coronation Festival was a celebration of the 60th anniversary of The Queen's Coronation.

This unique event took place in the Gardens of Buckingham Palace and was hosted by the Royal Warrant Holders Association (RWHA). Over 200 companies with Royal Warrants had marquees displaying their wares and "celebrating innovation, excellence and industry through trade and craft".

Loads more info and photos at the Coronation Festival website


QEST, being the charitable branch of the RWHA, was invited to decorate the Summer House set within the Palace gardens. A scholar since 2007, I was approached to submit ideas for the three blank walls of the building (the other 5 walls being glass doors). Of the proposals I put forward it was a scene of rolling landscape that won favour.

I foraged through the Royal Collection online for inspiration and discovered two perfect scenes by the Georgian landscape artist John Wootton. Both depicted bucolic rolling landscapes with views of Henley-on-Thames.

A View of Henley-on-Thames, John Wootton, The Royal Collection

A Distant View of Henley-on-Thames, John Wootton, The Royal Collection

Eventually I unearthed a third Wootton painting called “View of Park Place”. It turned out the three paintings had likely been conceived to hang together in the same room so it was destiny that they should be reunited for this panoramic commission.

Painstakingly I stitched the scenes together in Photoshop, depopulating them of their hunting narratives, joining up the horizons and adding a few strategic trees. The resulting composition was now a seamless panorama that would flow across the three walls of the Summer House.

Next the design needed to be scaled up to fill the Summer House’s 22 square metres of wall?

It was impractical to paint on site so I had nine stretcher frames constructed (109 x 211cm each) in order to paint at my studio.

It took an intensive six weeks to paint the series including several days of knuckle busting canvas stretching.

With such large canvases the linen had to be de-crimped (double stretched) and close-stapled to avoid sagging and ensure a tight painting surface that would survive the fluctuating temperatures of the Summer House.

After thorough priming and two coats of gesso I set to work painting the sky then worked my way across the nine panels one field at a time.

Whilst I usually paint with natural pigments or chalk paint I decided to use best quality acrylics here for their stability and colour mixing versatility.

I beamed my designs onto the canvas with an overhead projector to give me the basic lay-of-the-land but once the darker colours are applied it becomes very hard to see what's being projected so I relied mostly on my printouts for the details.

Below are shots of my references followed by the finished painted panels.


To enhance the illusion of distance I added a simple wall along the bottom with trompe l'oeil panelling.

Given the tight deadline for completion I needed to approach the commission in quite a bold, theatrical way as might a scenic painter, focusing on one tree at a time rather than one leaf at a time. That said, when I contemplated the prestigious final setting for these paintings, I found myself obsessing over the minutiae.

With a set-in-stone deadline for completion I worked long days and weekends to finish in time. With subject matter like this I could have gone on for days tweaking trees, adding people to the empty paths and livestock to empty fields. Ultimately my last brush stroke was dictated by varnish drying times.

To celebrate varnishing day I had an impromptu party where with friends and family, we quaffed the Queen's favourite tipple Dubbonet and gin (crikey!) and ate salmon and cucumber sandwiches (crusts removed of course!)

Then it took another day to pack up the canvases. The courier was knocking on my door just as I was strapping in the last panel. Skin of my teeth! Phew!

Off they went to London based master upholsterers Albert E. Chapman Ltd to be infilled with insulating materials. The team then installed the panels at the Summer House by hanging them on cross bars fitted to the walls.

When I went up to London to see the installation it was my first chance to see all nine panels in a row. It was a relief to see that the scene flowed nicely across the three walls and that the horizons all joined up.

The resulting panoramic scene was designed to suit the informal, relaxing atmosphere of a summer house.

Ultimately, I think the scene is peaceful yet vibrant;
sort of serene and surreal at the same time.


Of course the Summer House make-over was a team effort:

In the photo below you can see fresco artist Sarah Hocombe's magnificent sky ceiling. Gazing up at it is Bob Johnston's charming wicker corgi and next to him are two chairs upholstered in Jean Monro's "Jubilee Bouquet" fabric by specialist upholsterers Anthea Laing and Stephen Mills.

Joining our work as permanent fixtures within the Summer House were a stunning cherry and walnut wood dining table made by Aidan McEvoy (pictured below being thoroughly admired by TRH the Prince of Wales and the Duchess of Cornwall.) Plus an elegant engraved plaque by letter cutter Daniel Meek commemorating QEST.


.
For the four day Coronation Festival many other QEST scholars were invited to display their work in and around the Summer House. It was great to meet some of them for the first time and the range of skills is incredible. Everything from pewterers to milliners, stone sculptors to dolls house restorers.

You can read about all of us artisans in the QEST newsletter.


This legacy project will be enjoyed for years to come. It highlights the eclectic range of crafts that QEST has supported since it was established by the Royal Warrant Holders Association in 1990.

I'm thrilled to have been involved...

Huge thanks to the QEST team for putting this amazing event together:
QEST trustee and development director Penny Bendall and her assistant Julia Robinson for looking after us scholars and curating the event.

Posted by Melissa White Interiors at 13:16

Congratulations! You are amazing. I love the look on the Queen's face as she admires your mural.
A friend shared your world with me thinking we may have a few things in common. I couldn't be more flattered!
with great admiration,
Stephanie

Love your work too Stephanie. Really spirited and full of life.

A lovely explanation of your process - well done.

Fascinating to read about the process - the end result was, of course, stupendous! It was lovely to see you there!

Wow! The mural is absolutely amazing ... congratulations! And I love the corgi too. :) 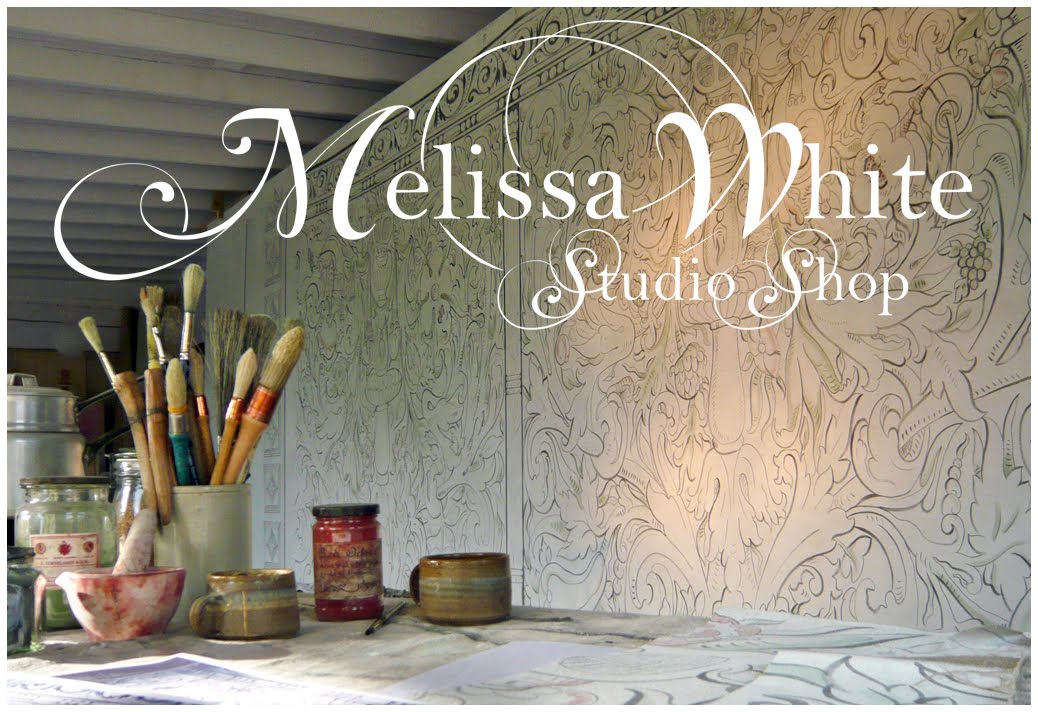 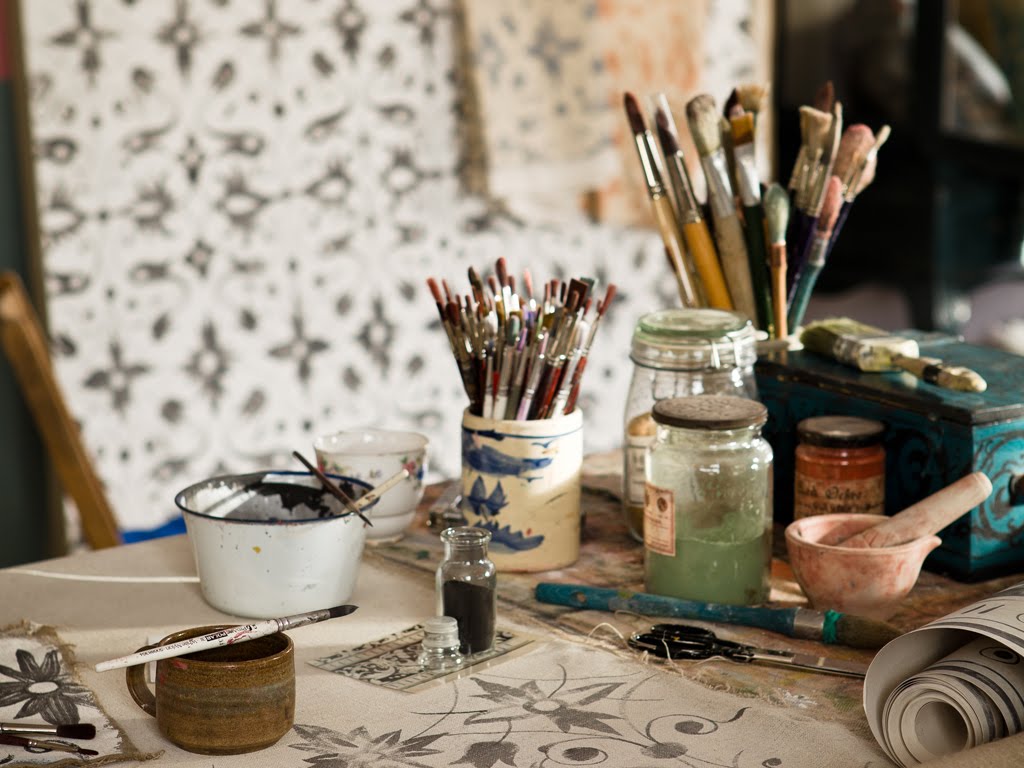 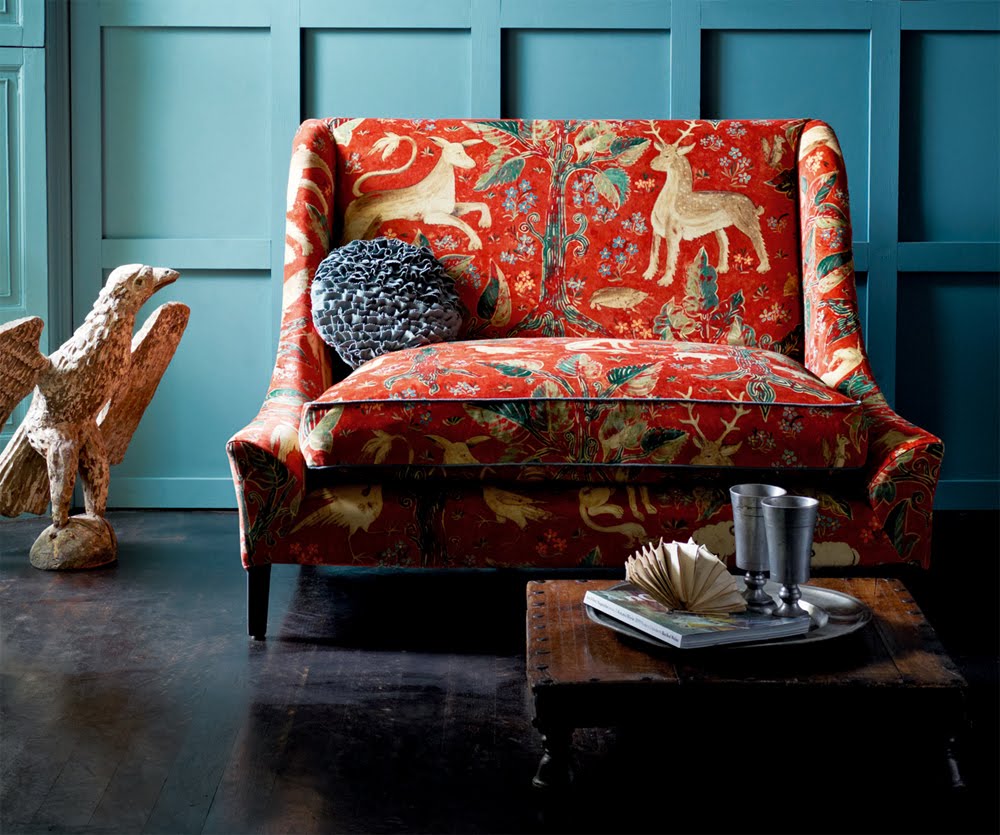 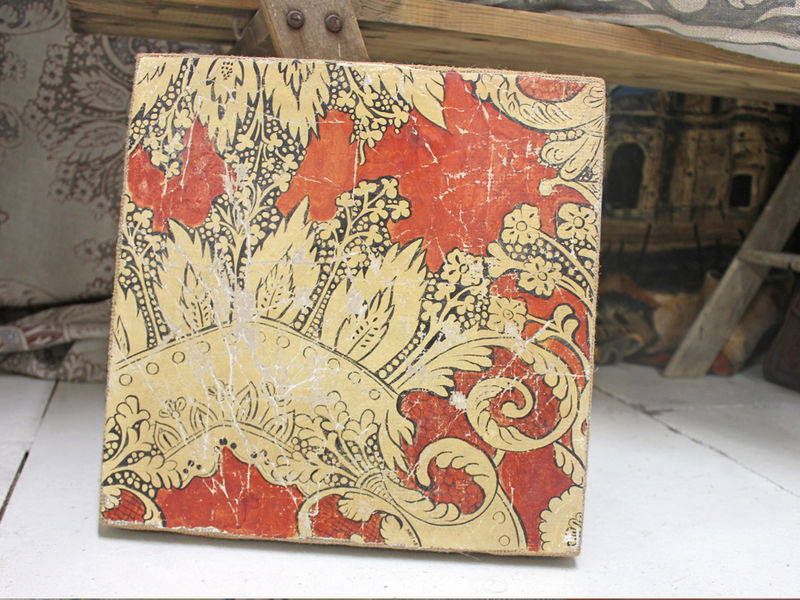